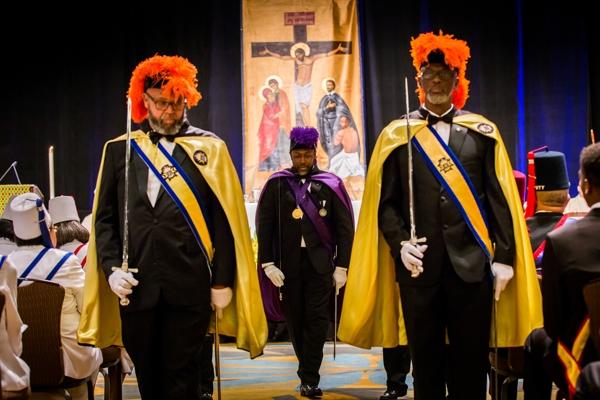 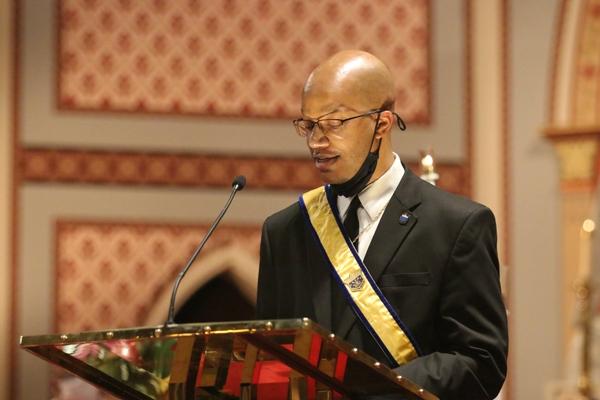 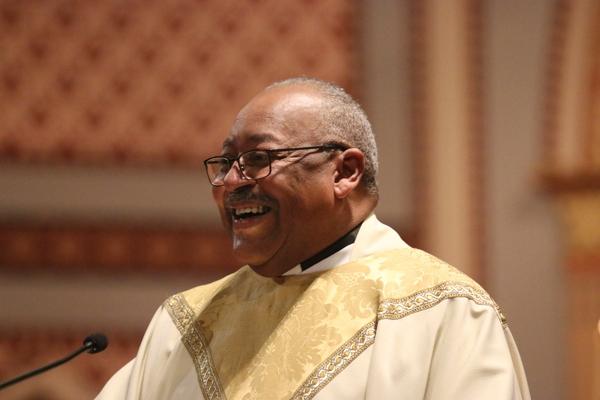 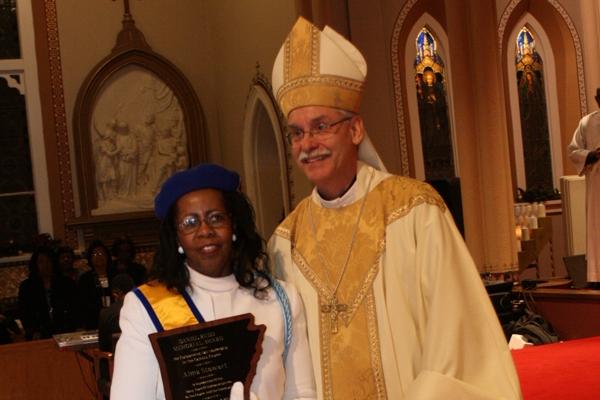 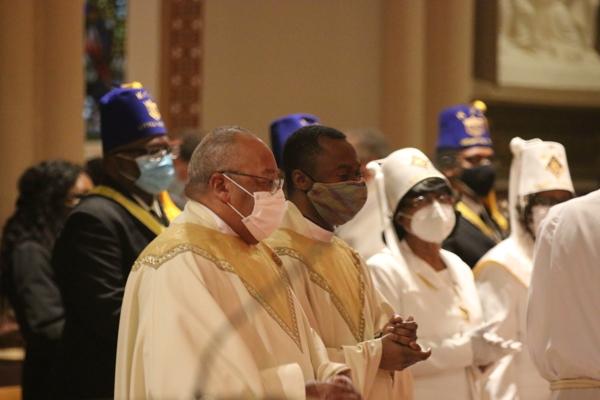 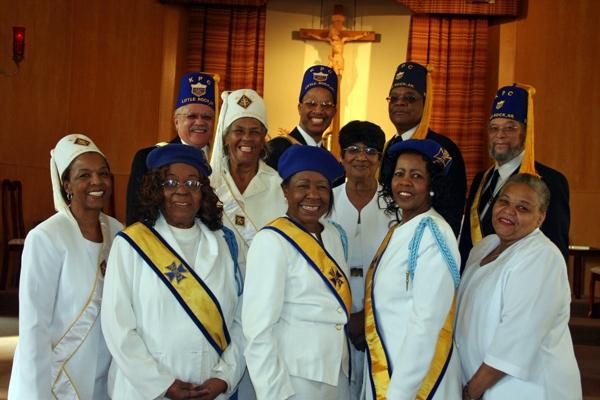 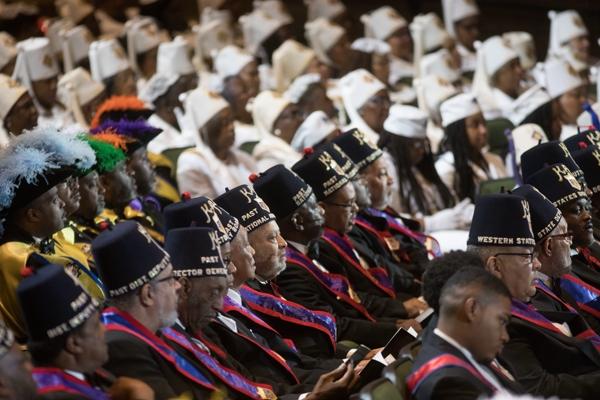 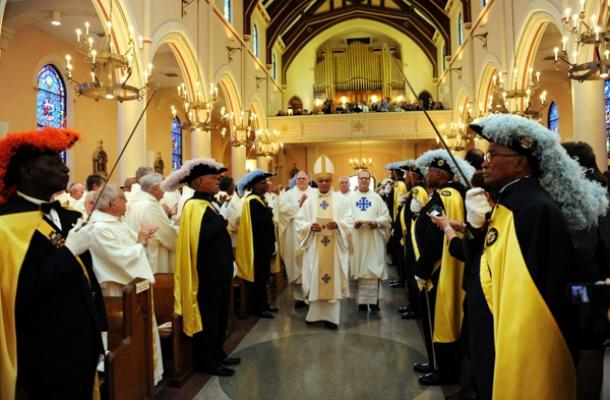 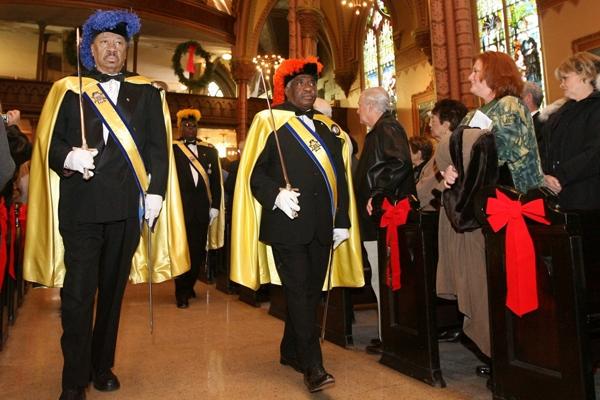 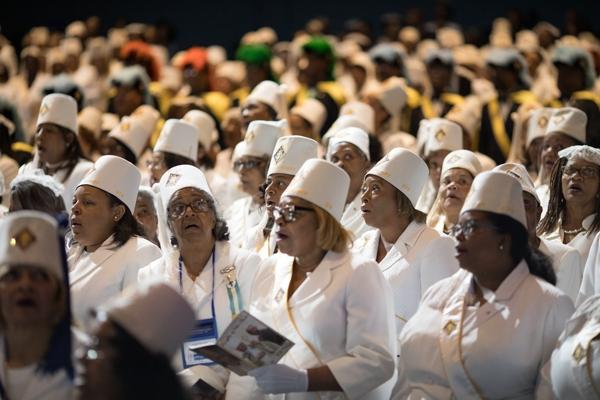 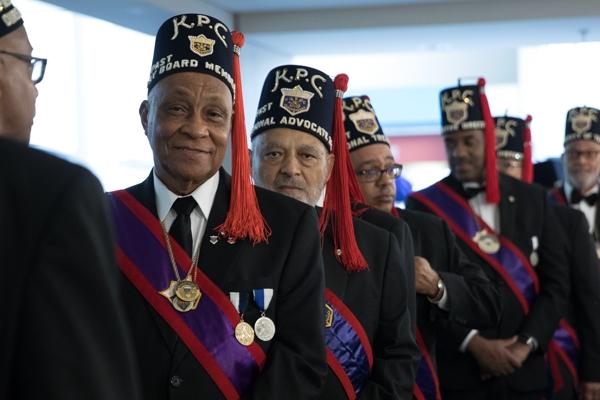 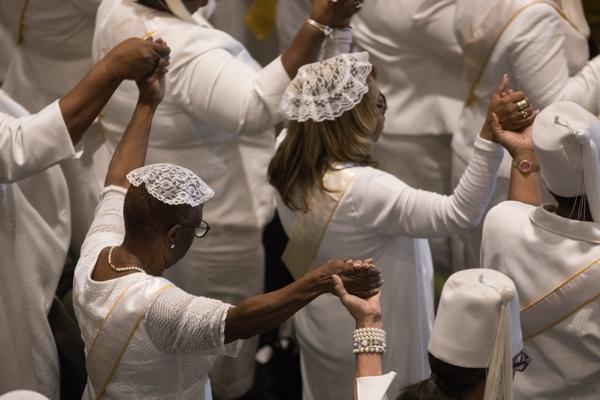 In his parish, he has served as an extraordinary minister of holy Communion, sang with and helped direct the adult and youth choirs and belonged to the Men’s Club. At the diocesan level, he has been president of the Diocesan Council for Black Catholics and helps run the annual DCBC youth retreat and back-to-school block party. Additionally, for more than 20 years, he has been a member of the Knights of Peter Claver, a fraternal organization that is the largest historically Black Catholic lay group in the United States.

The order is named for St. Peter Claver, a Spanish Jesuit priest who ministered to enslaved people for more than 40 years in the 1600s and baptized more than 300,000 individuals.

“I got involved with the Knights of Peter Claver because of my godfather, Lee Lindsey, who is our current grand knight for our chapter (No. 224),” said Bunting, 48, a fourth-grade math teacher at Theodore Jones Elementary in Conway and is currently recording secretary of his chapter. “I became a member of the organization because I love the camaraderie that we share as brothers. It has helped me to become a better Catholic because it allows me to serve others more in my Church and in my community. I would recommend the organization because we’re all about serving others. I feel that is one thing the Catholic Church wants us to do more of.”

The order was founded in 1909 at the Most Pure Heart of Mary Church in Mobile, Ala., by three parishioners and four Josephite priests with a mission of serving the newly freed African-American community. The organization’s model was based on other Catholic fraternal orders, such as the Knights of Columbus, who did not allow Black members in their councils at the time. The organization has more than 400 chapters in the United States and operates in 58 archdioceses and dioceses.

Fraternal organizations like the Knights of Columbus were very popular in the late 1800s and early 1900s, said Grant A. Jones, executive director of the Knights of Peter Claver.

“There wasn’t a Catholic fraternal organization for them at the time due to segregation,” he said. “They organized for the purpose of having some type of organization that Catholic men could belong to for fellowship and to grow in their faith. That was number one, but then number two, there was also a need to provide aid to families. If a husband was ill or got killed or something like that, there was a benefit provided to the survivors to keep the family together.”

Although societal strides have been made in the United States since the beginning of the 20th century, Jones said the need for the order is just as great today as back in 1909.

“Sometimes in the Church, we feel kind of marginalized,” he said. “So, we come together as a group of people, and we find strength in numbers.”

That is especially true in Arkansas, where Catholics make up less than 4 percent of the population statewide, and Black Catholics are an even smaller minority. In the Diocese of Little Rock, which encompasses the entire state, there are only three predominantly Black congregations — St. Bartholomew, St. Augustine in North Little Rock and St. Peter Church in Pine Bluff — within its 129 parishes and missions.

According to a history of the diocese and the Central Arkansas Library System’s Encyclopedia of Arkansas, the presence of Black Catholics was once larger. Black parishes in Little Rock, North Little Rock, El Dorado, Fort Smith, Helena, Hot Springs and Lake Village were established in the early 20th century, but many Black churches and schools were closed during the Civil Rights Movement. In 1960, the diocese had 11 Black parishes, seven grade schools and two Black Catholic high schools. The last predominantly Black Catholic school in Arkansas, St. Peter School in Pine Bluff, closed in May 2012.

“We help provide a sense of Black Catholic identity,” he said. “We recently did a recruiting campaign in the greater New York City area, and that’s one of the largest concentrations, if not the largest concentration, of Black Catholics in the country. We’ve had a small presence there over the last 30 years, but the common thread that we found with these 100 or so people recruited over the last couple of months is they wanted to belong to something that was their own. They just wanted to be in something that is truly, authentically Black Catholic. With the racism — perceived or otherwise — that exists in the world, we need a reason to justify why we’re still Catholic.”

Jones was quick to add that the order is not just a Black organization.

“We’re open to all practicing Catholics,” he said. “We were integrated from the very beginning. We have members from all ethnicities. As a matter of fact, we have councils in Orange County, Calif., and Portland, Ore., that are basically all white. They asked, ‘Can we be a part of your organization to help further your cause?’ And of course, we welcome them with open arms.”

Father Warren Harvey, who grew up in Conway and is the only U.S.-born Black priest in Arkansas, agreed with Jones’ assessment. For 23 years, Father Harvey served as the chaplain for the order’s Central States Division.

“We’re in the Protestant Bible Belt down here, and when we see other Catholic folk, we hook up with them and connect with them,” he said. “You don’t realize that until you’re together as a group. It’s really a powerful thing for us as Black Catholics. It shows solidarity. It’s really important that you have people that look like you that are Catholic.”

He said the Church loses teenagers when they graduate from high school but getting them involved in the junior divisions is important to the future of the Black Church.

“This is a way of forming our children, keeping them involved, getting them prepared to take leadership, to be responsible in the Church,” Father Harvey said. “I think a lot of people would love it if they would be part of it.

“I’m getting old, and right now,” the 67-year-old said. “There’s not someone who can take my place. I got a chance to go to Nashville for a conference recently to meet with the kids, and I asked them, ‘Y’all like Father?’ They responded, ‘Oh yeah, you’re cool.’ So I asked them, ‘Where do you think I came from? You think they Googled me and ordered me off of eBay? No, I was one of y’all, and y’all have to think about replacing me.’”

Alma Stewart, 71, has been a member of the Ladies Auxiliary for 42 years and served as grand lady, vice grand lady and treasurer of her chapter at St. Bartholomew. In 2018, she won the KPC Service Award — the highest award a member can receive. She has also served on several committees at the regional and national levels. She said the knights have social justice committees that deal with issues like murder and human trafficking that the Church at large doesn’t always face.

“There’s a lot that the Catholic Church could be doing that we don’t,” she said. “We need to involve ourselves in what’s going on in the community. St. Peter Claver was a true saint. He believed in bringing people to the Lord. That’s something we all need to be doing, evangelizing. We’re about being a service to the Lord, doing God’s work and not thinking about ourselves. It’s all about God, not us.”