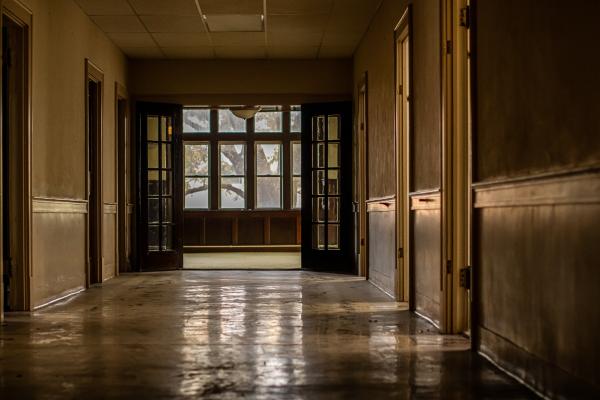 The Benedictine sisters made the announcement May 10 after considering what to do with its empty six-story building built in 1924. At its maximum in the 1970s, the monastery was home to 300 sisters, but today there are only 30. The sisters moved to a smaller building on the same grounds in 2019 to make it more cost-effective and energy-efficient.

The Benedictines moved to Fort Smith in 1924 after relocating from their original Arkansas home in New Blaine. At the time, the building was a school for day and boarding students for first through 12th grades and a monastic home for sisters when they came back to Fort Smith from their missions throughout Arkansas and adjoining states. In 1958, St. Scholastica built a new St. Scholastica Academy north of the monastery, which is now owned by Trinity Catholic School.

According to the monastery’s press release, “The decision to demolish the former monastery building is not one that the Benedictine sisters made lightly or without years of research and discernment. Since 2010, St. Scholastica has engaged in communications with consultants, realtors and friends of the community about feasible uses for the nearly 100-year-old building. Using the former monastery building would require a significant investment to bring it up to code and adjust the layout for practical uses. A quote obtained several years ago estimated renovation to be upwards of $15 million, including all electrical and plumbing updates.”

Since 2019, the old monastery has deteriorated further. “Flooding, mold and wall damage have made the building unsafe and unlivable,” the monastery stated.

The sisters want to develop the area where the former monastery now stands. A committee will look at the site to see what they can develop to reflect the sisters’ desire to be good stewards of their land and their commitment to serving the Fort Smith community.