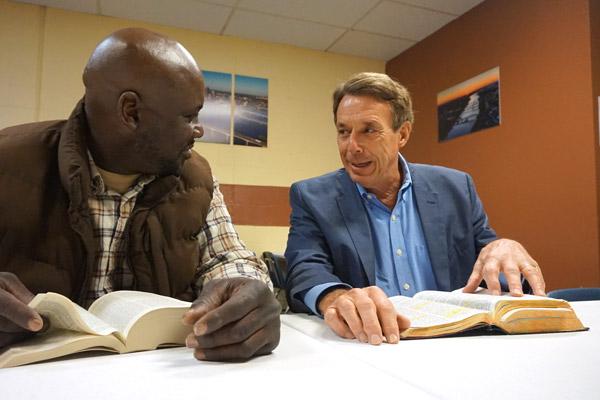 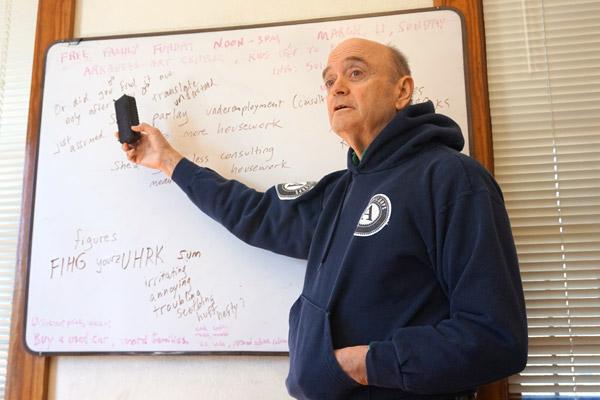 The Corporal Works of Mercy have a clear theme — help those in need. For Catholics Dale Pekar and Steve Hoffmann, they are living out that mission and have been recognized as Arkansas’ 2018 National Service honoree and Community Service Award honoree, respectively.

Since 1978, the state has honored individuals and companies for extraordinary examples of service and volunteerism, recognized through the Governor’s Office, Arkansas Department of Human Services Office of Communications and Community Engagement and KARK.

Pekar and Hoffmann, one of 11 total honorees, will receive their awards during the 41st annual Arkansas Community Service Awards April 20 at Embassy Suites in Little Rock.

For Hoffmann, Chaplin explained it was his involvement in a variety of organizations and “the depth he goes with the people he meets” at Jericho Way homeless day resource center in Little Rock.

“When you take the time to truly get to know people and walk people” through various services, it makes him stand out, she said.

Hoffmann, founder and owner of Insurisk, volunteers in several capacities at Our Lady of the Holy Souls Church in Little Rock, including adult faith formation.

When Sister Elizabeth Greim, DC, former director of Jericho Way, came to Holy Souls in 2015 and spoke of the needs for homeless clients, parishioners Steve Hoffmann and Shannon Callahan thought they’d donate some supplies. That led to volunteer training, which Hoffmann assumed would prepare them for going to the center about once a month. That quickly snowballed to leading a weekly Bible study and serving breakfast — for which he buys and brings about 100 bananas so clients have fresh fruit — on Wednesdays. He also helps with housing assistance and various client needs throughout the week, like recently taking client Wendell Jackson to Home Depot to buy tools for Jackson’s carpentry job after his were stolen.

“Steve first has been faithful in coming here,” he said, adding he’s experienced “spiritual growth from the Bible study.”

Volunteering has strengthened his faith, pointing to the Gospel reading for March 8, Luke 11:14-23.

“Jesus says you either gather or you scatter, you’re either with me or against me … don’t stay neutral. I think from a spiritual standpoint that’s what I try to do,” Hoffmann said. “… Catholicism does not separate body and soul. It is not enough to hold the presence of God within you. It must be evident throughout the daily conduct of your life. Jericho has helped me understand this in a way nothing else has. Prayers and empathy for the poor and homeless are fine, but incomplete without doing something to help change their situation.”

Parishioner Shannon Callahan, who nominated Hoffmann, said, “In my opinion, nobody deserves it more. Just everything I have witnessed with him — he is fearless, he is persistent, he never gives up and it’s amazing to watch how dedicated he is helping with others.”

Pekar, a retired economist, was part of the Social Concerns Committee that launched ESL through Literacy Action of Central Arkansas at St. Edward Church in Little Rock in 2014.

“The adults really want to learn; they’re ready to invest the time and effort,” he said, adding he’s been an AmeriCorps member for about four years.

He teaches classes Monday and Thursday from 8:30 to 11:30 and again from 1:30 to 5:30, with about six to seven attendees for a normal class. The majority of students are Latino, with others from Asian, Middle Eastern and European countries.

Aside from curriculum, Pekar said it’s important to bring classroom instruction into the real world, traveling to places like the MacArthur Museum of Arkansas Military History, Arkansas Arts Center, the main library in Little Rock and even the bus station.

“I just try to expose them to the things that are available to them in the city they may not know about,” he said.

Several students stand out in Pekar’s memory, including a Latino father who no matter how early Pekar would try to get to his former 10 a.m. class, the man always arrived first.

“I finally asked him and he said, ‘I drop my kids off and I just come here and wait.’ It was just that realization that he was so desperate to learn that he’d do that,” Pekar said.

In a society that has become increasingly hostile to immigrants, Pekar is well aware that many are at risk when it comes to be stopped for not having a driver’s license or even being deported.

“Those things are very sad so I think it’s important to give them a warm greeting, a smiling face, try to make them feel as comfortable as possible,” he said, adding that being a part of ESL tutoring is simply following Jesus’ call.

“I’ve had a pretty soft life compared to other folks. You think about meeting your maker: ‘You had a pretty sweet life and you did all the minimum stuff, but I was looking for more than that,’” Pekar said. “I think if you really listen to the Gospel message it’s not about obeying rules … it’s trying to see Jesus in every one and trying to behave accordingly.”

Each will receive an award as well as $500 to donate to a charity of their choice. As might be expected, Pekar chose Literacy Action of Central Arkansas and Hoffmann chose Jericho Way.