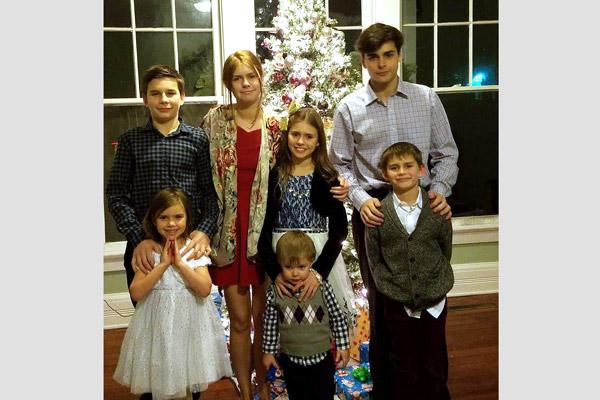 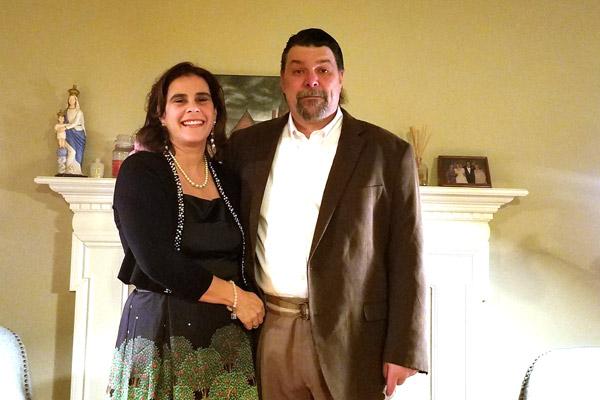 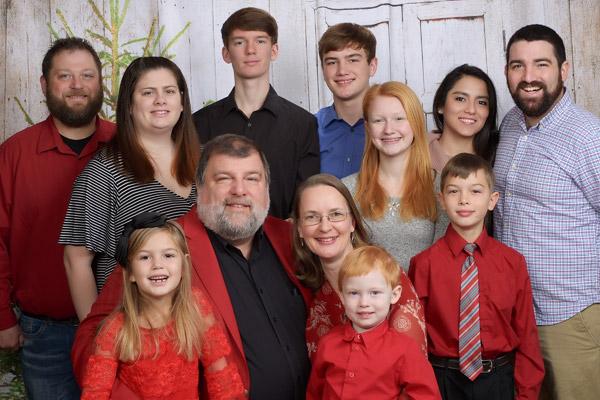 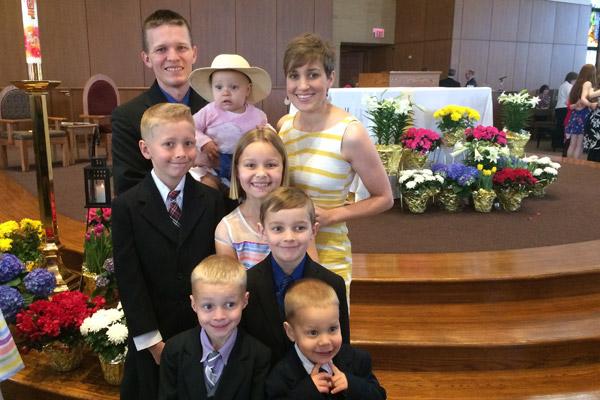 ‘Super families’ make up less than 2 percent of U.S. population 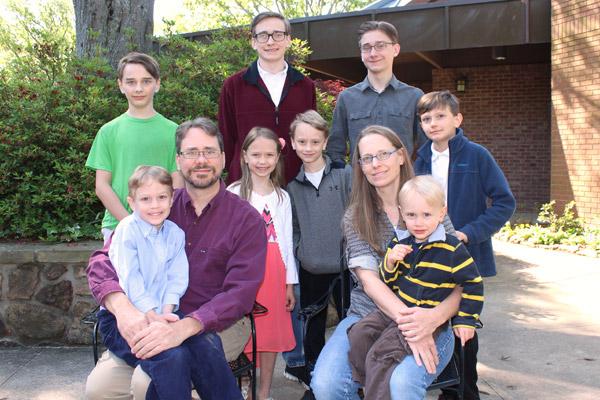 Dwain Hebda
The Zawislak family poses April 29 for a snapshot before Mass at Our Lady of the Holy Souls in Little Rock. They are (back row from left) Phillip, 13; Calvin, 17; Jacob, 15 and Simon, 11. Front row from left are Owen, 5; father Jon Zawislak; Jessica, 7; Patrick, 9; mother Vera Zawislak and Max, 2½.

Dwain Hebda
The Zawislak family poses April 29 for a snapshot before Mass at Our Lady of the Holy Souls in Little Rock. They are (back row from left) Phillip, 13; Calvin, 17; Jacob, 15 and Simon, 11. Front row from left are Owen, 5; father Jon Zawislak; Jessica, 7; Patrick, 9; mother Vera Zawislak and Max, 2½.

In a survey of mothers, ages 40 to 44 years old, Pew Research Center found:

Over the past two decades, mothers have had an average of 2.4 children.

Ask Karen Caruthers what it’s like to go out with her super-sized family and the mother of eight breaks into a laugh joyful as Christmas morning.

“It’s very countercultural to have a lot of children even when you talk to other Catholics. I get, ‘Wow, you don’t look like you have eight kids,’” she said. “Really? What am I supposed to look like? I think it just shocks people, they don’t know what to say.”

There was a time when such remarks bothered her but not so anymore, especially as her brood, ages 21 to 3, has gotten older. Karen and her husband Dan don’t have everyone consistently under one roof anymore to attend their home Immaculate Conception Church in Fort Smith together.

“I think about my daughter getting married and that’s bittersweet; she’s moving on in her life. I don’t have an empty nest right now, but someday I will,” she said. “Honestly, I’m just so happy to have everybody together that it doesn’t even register. I don’t feel conspicuous or out of place or anything like that.”

Of all the stereotypes assigned to Catholics, arguably the most enduring is that of large families and it’s not hard to see why. The average U.S. family has been shrinking steadily since the mid-1970s and a Gallup poll released in 2015 by the Pew Research Center found 48 percent of Americans thought two children was the perfect number. Thus, families with as few as four kids are twice the “ideal” limit.

Super families have been the exception for decades, Catholic or not. In 2015, Georgetown University’s Center for Applied Research in the Apostolate released The U.S. Catholic Family demographic report that found only 1 percent of families had five children and less than 1 percent had six or more.

“The worldview that so many people have is, they can’t comprehend why anyone would want that many kids,” said Jason Pohlmeier of Fayetteville. He and his wife Erin, members of St. Joseph Church there, have welcomed six children, ages 11 to 1. “They can’t imagine that being done on purpose.”

Pohlmeier said parents who get too hung up on numbers are missing the point of their vocation.

None of the couples interviewed came from large families except the Pohlmeiers who each grew up with four siblings. All said their respective broods were less about a number and more about remaining open to where God was leading them as parents.

“We have never planned a child. They’ve all just come. We’ve always been open to it, just knowing that you know what, God has taken care of us every step of the way and it’s going to be OK. It’s beautiful,” said Vera Zawislak, mother of eight, ages 17 to 3. “For me, something that is the greatest joy is being in a home where they don’t have what a lot of other people have, but they’re content. I see our kids are grateful and they appreciate.”

Jon Zawislak said this mindset helps the family, who attend Our Lady of the Holy Souls in Little Rock, remain flexible and keep a sense of humor when it comes to challenging schedules and resources.

“When you find out you’re going to have another baby you want to panic. You think ‘Oh my gosh, how can we possibly do this? How can we possibly afford this?’” he said. “Then the dust settles and you think ‘Well, we can handle another one,’ and then it just comes and goes from there. We adapt. I guess that’s the only thing we can do. You adapt your schedule and everything else.”

Meeting so many children’s needs, from the physical and educational to mediating squabbles and covering costs, takes a lot of compromise and communication, parents say.

“I have no vision of how these couples that have six kids and both parents are working how they handle it,” said Jon Haslauer, father of eight, ages 29 to 4. “It’s been a blessing and it’s been critical that as the babies kept coming one right after the other for me to pay the bills and Marti stay home and take care of the kids and the homeschooling. I just don’t see how it could have worked (otherwise).”

Some research suggests large families offer additional benefits for children. A 2015 working paper by the National Bureau of Economic Research found kids with several siblings have greater social skills and are less likely to divorce.

“The more kids you have, the more you realize to not sweat the small stuff. The most important thing is the relationship you have with each other,” Caruthers said. “Kids don’t need so much (stuff). They need to know they’re loved, they need free time, a safe house, a place to be themselves, food, water. They really don’t need that much else.”

A key to these benefits is witnessing a healthy marriage, so couples need to plan ways to deliberately focus on themselves, too.

“It’s very easy with any number of kids that your whole life becomes consumed with that child,” Erin Pohlmeier said. “But it’s really your marriage that should be first. It’s taken us a while to learn the value of a date night but now we are very committed to making sure that we get out, enjoy a dinner or do something active together without the kids. That is one of the biggest pieces of advice I would give people.”

Along with the challenges, hubbub and work, large families also bring heaping doses of daily joy that can’t be replicated anywhere else, parents say.

“This will probably sound funny, but a hidden joy is we’ve had toddlers for 17 years now,” said Marti Haslauer, whose family attends Our Lady of Good Counsel in Little Rock. “Families who only have two kids only get that for four or five years, but it hasn’t stopped here.”

“Daddy pulls in after work and he has kids greeting him at the door like he’s the long-lost superhero. There’s just nothing like that. Every morning I have a 4-year-old cuddling in my arms and a 7-year-old telling me I’m the best mama ever. It is the greatest blessing in the world to still have these littles.”

In a survey of mothers, ages 40 to 44 years old, Pew Research Center found:

Over the past two decades, mothers have had an average of 2.4 children.

Quality of life and livelihood on the organic family farm

Exploring the Church, dating, sex and the single life