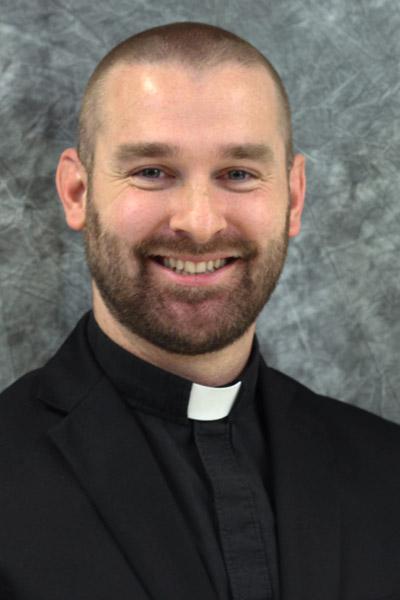 Deacon Jeff Hebert has the perfect neighbor while studying for the priesthood — Pope Francis. The former Little Rock resident has been studying at the Pontifical North American College in Rome for the past four years.

“Every Sunday he does the Angelus Prayer, so he comes out at the window … to a square full of people and he prays and does a little reflection on the Sunday Gospel and so we get to go there all the time,” Hebert said. “In a real sense, he’s been forming me to be a priest. I keep pretty close tabs on what he says and what he does and it’s been pretty special living right next door to him.”

Hebert is one of four seminarians to be ordained to the priesthood May 26 at Christ the King Church in Little Rock. Four more will be ordained June 2.

“I’m so excited that it’s hard to think about anything else than being back home, being at St. Joe’s, doing what I set off to do six years ago,” he said, adding he will fly back to Rome to complete exams June 17.

“I want to be connected to the lives of the people; suffer with them, rejoice with them, hopefully lead them to God.”

Hebert, one of 11 siblings, grew up in the suburbs of Houston. He graduated from college, worked for a medical company, enrolled in medical school in Little Rock all before becoming a diocesan seminarian in 2011.

While in Rome, the lives of the saints have come alive amid the shrines and tombs. He has prayed at the tomb of St. Catherine of Siena on the way to class and St. Ambrose while visiting Milan, whose feast day is on his birthday.

“Especially the places where they walked and ministered, it just makes those stories come to life,” he said. “It’s not just that their story is real. It just affirms the idea we can all be saints. They were just people walking around the streets of Rome or wherever.”

The challenges have varied, from finding a pair of pants that fit — “the guys wear skinny pants, we walk to school every day so you can go through several pants in a year” — to classes in Italian.

“It really enables you to turn toward the Lord in that realization I cannot do this on my own. I cannot succeed without you Lord. It really has a special way of turning you to him. It has a way of forming you to be a lot more receptive to grace, just that constant attitude of asking for help,” he said. Because of not always being able to speak his native language, Hebert said, “It just makes me want to do the best I can to be able to speak with the people in the same language they speak with God.”

“I’ve always just told him the Diocese of Little Rock is praying for him,” while shaking hands prior to Mass. “He just said, ‘Thank you, tell them to keep praying.’”

The humility that Pope Francis shows is what Hebert hopes to carry into his priesthood.

“Basically the classic line from Francis — a priest who has the smell of the sheep,” he said. “That’s the kind of priest I want to be. I want to be connected to the lives of the people; suffer with them, rejoice with them, hopefully lead them to God.”