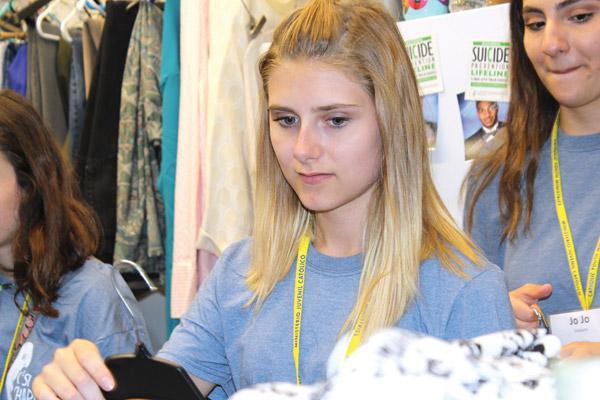 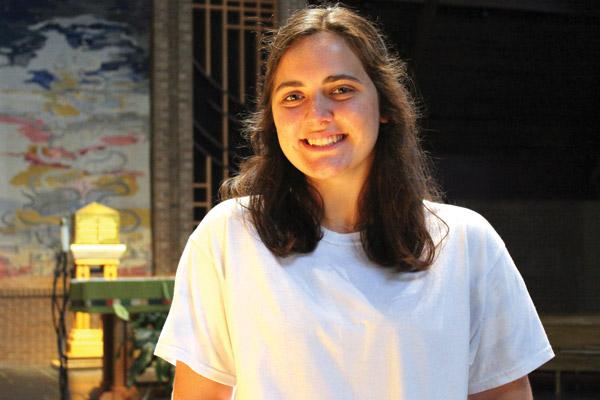 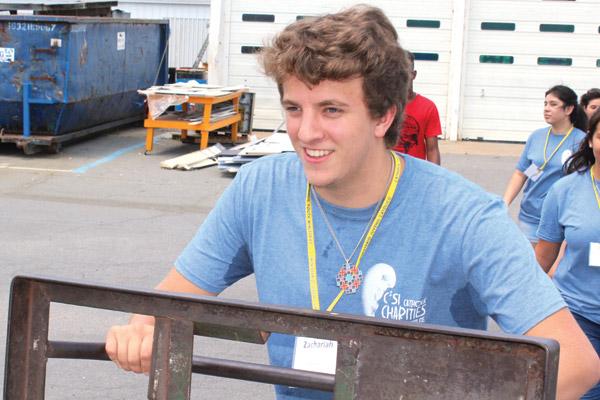 My Catholic summer vacation: Teens invest in their faith

Diocesan teens give back, grow in their spirituality during summer vacation 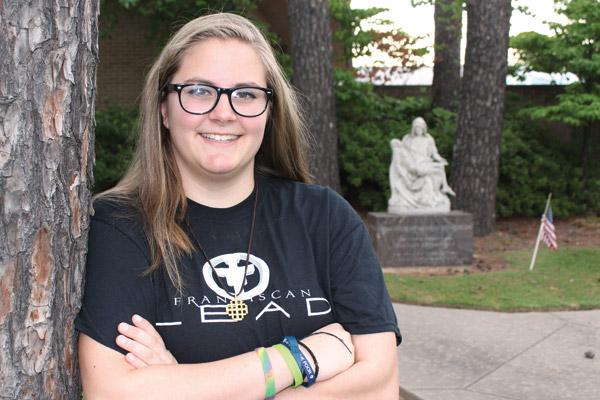 With the new school year’s first day peeking around the corner, Arkansas Catholic reached out to several diocesan teens to find out how they spent their summer break, enjoying surprisingly little down time in favor of living their faith out loud.

A cradle Catholic, Emily Ellis didn’t understand the depth of her faith until she was challenged to proclaim it before thousands of fellow Catholic youth.

“When I went to Steubenville (Catholic Youth conference) the first time, they had everybody that had never said ‘I love you,’ out loud to the Lord stand up and shout it,” she said. “I had never done that, so I stood up and I shouted it. I just burst into tears.”

The experience inspired her heavy involvement with Catholic youth activities. This summer alone, she attended Catholic Charities Summer Institute (C2SI), Youth Advisory Council and made a fourth consecutive trip to a Steubenville conference, this year as a member of LEAD, a select group of young Catholic witnesses.

Ellis’ schedule forced her to miss one other activity, Alive In You, which deploys young Catholics to put faith into action through service. Over the years, AIY has taken her to Alabama, Tennessee and her home state of Arkansas.

She calls her activities an indispensable part of her Catholic identity.

“There’s this stigma that you can’t talk about your faith in public or you’ll get shunned or you won’t be cool or whatever,” she said. “These events where I can go and express my Catholic-ness and learn from it enables me to help other people see it’s OK to be Catholic in public.”

When it comes to talking, less is more for the 15-year-old Drue Krauss; but when she does speak, people listen. Asked what her first C2SI had sparked in her after a day’s work at a Little Rock homeless shelter, Krauss responded with refreshing honesty.

“I’m typically a judgmental person. I come by it naturally and I’m trying to fix it,” she said. “Meeting with the homeless people today, I just kind of looked at them and saw that they’re people and I think they deserve a second chance.

Krauss had heard about the diocese-sponsored service camp C2SI from her Catholic peers and was eager to check it out for herself. Now that she’s been here, she’s eager to spread the news to others.

Not many teens would give up pool time to paint a stranger’s house in the middle of an Arkansas summer, but Sophie Mammarelli is one of them. Then again, judging from this year’s participation, more teens are following her example all the time.

“CYM is definitely like a second family to me. I think a lot of other people feel that way, too,” she said.

The capstone event, and the one for which Holy Souls youth are known, was a mission trip to McGehee, Mammarelli’s fourth. And while the regimen was the same — painting, clean-up and other services performed for the town’s residents, regardless of religion — being one of the senior members helped her appreciate the experience in a new way.

“The moral of the story is, it’s very hard work but once you’re all finished and you’re sitting down at dinner at the end of the day, it’s really nice to hear people saying, ‘You guys are doing wonderful things,’” she said.

After four years of participation in diocesan events, Zachariah Neumeier spent his last summer serving in the community as part of C2SI. The experience was as meaningful for him this year as it was his first.

“The typical phrase is (C2SI is) a very eye-opening experience and that’s very true,” he said. “But I think the main draw for me is that it’s so personal.”

“C2SI really allows you to see people for who they are and make a personal connection with them; really experience Christ in our brothers and sisters. Every person is a member of the body of Christ whether they realize it or not.”

He said the four years he’s spent in diocesan activities, including being a Search dad this summer, have prepared him as he moves on the University of Arkansas at Fayetteville and beyond.

“It’s definitely influenced my career choices, what I’ve thought about doing in college, in my future. It’s influenced the way I vote. I feel very compelled to go out and vote based on my conscience,” he said.