Souls suffer after abuse by clergy, but healing is possible 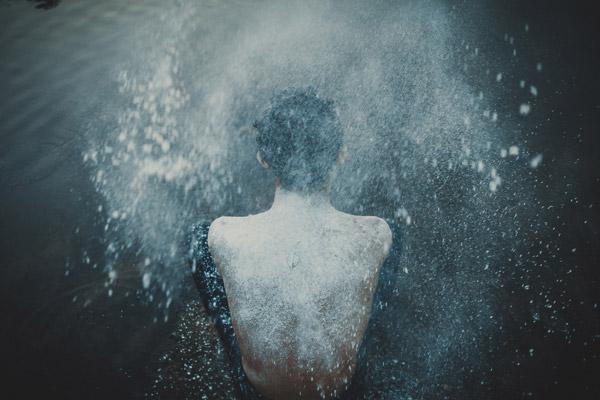 Chris Baker is sharing his painful reflections regarding the abuse he suffered years ago at the hands of former priest Bob Torres, its devastating impact in his spiritual life and his more recent path to healing.

It is even more heart rending to know — as revealed in my letter of Sept. 10 — that Chris was not the only victim of priests who abused minors in Arkansas. This makes me all the more grateful that Chris has found the courage to share publicly his experience, in the hope that it will enable others to come forward and find healing.

Once again, I ask for your prayers for all the victims of sexual abuse from whatever source, but in particular those who have been abused by a priest, deacon or other representative of the Church. I am inspired by the courage and trust required for these victims to come forward to share the most painful event of their entire life and I would like to renew my call for any others who have been abused or know someone who has been abused to come forward because we want to help.

Please contact the civil authorities first by calling the Arkansas Child Abuse Hotline (800-482-5964). And then please call or email our diocesan contacts: Deacon Matthew Glover, chancellor for canonical affairs (501-664-0340, ext. 361) or Drs. George or Sherry Simon, victims assistance coordinators (501-664-0340, ext. 425). I am deeply concerned to see to it that we offer whatever assistance we can provide.

On my road to healing, I would like to share my story of sexual abuse by a Catholic priest in Arkansas.

Today I am 58 years old. In the early 1970s, I was sexually abused by then-Father Bob Torres, who was assigned to Our Lady of Good Counsel Church in Little Rock. He quickly gained the trust and friendship of my parents. We were a family of five children, born within six years of each other. There were four boys and one girl, with me as the next to youngest. Father Torres eventually became so close with our parents that he frequently spent the night in our home. It was through this trust that our parents had in him that the grooming began and eventually led to his access for the abuse.

I was at that time very active in the Church, serving at Mass as an altar boy as often as I could. As a high school junior I became involved in the Search program and began playing music at Masses at Good Counsel. I was the quintessential cradle Catholic and believed wholeheartedly in the Church.

It wasn’t until I was in my early 30s that I first talked to anyone of my abuse experience, and that was with my wife. It was a tearful and heart-wrenching conversation that brought back many of my own wounds from the sexual abuse perpetrated on me as a child. This was the point when my relationship with the Catholic Church became strained and estranged. I stopped attending church and did not participate in the sacraments, except on the big holidays of Easter and Christmas, as we commonly attended those with the large extended family.

My faith was never something I questioned. I always had a relationship with my God, just not through the Catholic Church.

In 2016, Deacon Matt Glover, chancellor for canonical affairs for the Diocese of Little Rock, contacted me as part of an investigation on Father Torres. It was during that investigation that Matt became aware of my abuse. His reason for contacting me was to offer whatever support and resources the diocese could. This eventually led to a meeting with Bishop Taylor and subsequent to that an announcement to the media that the allegations against Father Torres had been substantiated and that there were other victims of his whom the diocese was unable to identify. Obviously, anonymity was afforded me by the diocese, and it is only now that I find myself ready to speak openly about this.

My intent is not to join the many millions of people crying out for reform in the Church regarding abuse within the Church. Reform is needed. Punishment for the perpetrators is needed and should be swift and substantial; on this we all agree. But no punishment will make the victims whole in any spiritual sense. While the victims may find vindication emotionally, their souls still suffer. Vindication is not the work of the Church; nurturing souls is.

My intent is to speak to the victims who, for reasons that I fully understand as only a victim can, have not found the wherewithal or the importance of reporting their abuse, regardless of how long ago that abuse occurred.

Through my interactions with Bishop Taylor and Matt Glover, I have engaged in counseling with a leading expert on trauma counseling at the expense of the diocese. Through this I am slowly coming to healing. I have reengaged with the Catholic Church as the only church that ever truly felt like my spiritual home. I am involved in music ministry at Masses again at Good Counsel and finding a home that for me was for so long my spiritual home.

It is likely that someone reading these words has been abused or knows someone who has. It is imperative that any such abuse is reported to the appropriate authorities. And it is also imperative that the victims and their families know that healing is available and necessary. The Diocese of Little Rock has demonstrated to me the desire and willingness to offer counseling and healing to those who were abused by a priest. And it is my hope that, by opening up about my own experience, other victims of clergy sexual abuse might also be hopeful about their own path towards healing and recovery.

Many who read this will be people who have known me for many years. I offer this as a face, a name, a personal testimony to the opportunity for healing.