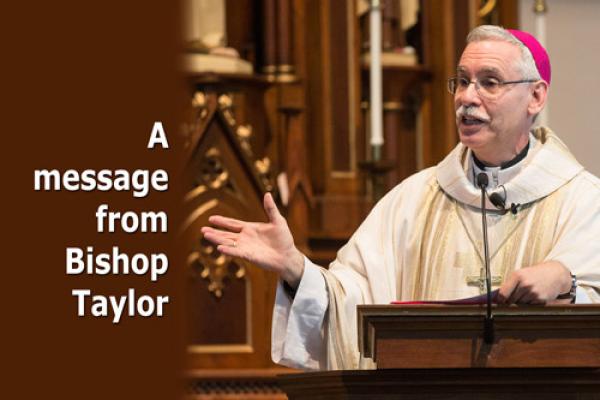 Depending on the outcome of litigation cases, beginning Oct. 15, the Trump administration will deny individuals seeking legal status for those deemed to likely become a public charge.

To determine whether an immigrant will possibly become a public charge in the future, United States Citizenship and Immigration Services (USCIS) or consular officers will look at applicant’s age, health, family status, assets, financial status, education and skills.

The recent action of the Department of Homeland Security, published Aug. 14, is an attack on the inherent dignity of the human person. Despite an overwhelming 260,000 public comments submitted by organizations and individuals opposing the rule, the government still plans to proceed with the rule.

In addition to the public charge action, the administration on Oct. 4 issued a proclamation barring legal immigrants who cannot prove they have health care coverage or a way to pay for medical expenses within 30 days of their arrival to the United States. The decision, which will take effect Nov. 3, will apply to spouses, parents and immediate family members of lawful permanent residents.

While over the past several decades, the United States immigration system has focused on the family, the public charge rule has the potential to cause more separations. It changes the standard of review to require immigrants to prove they would never likely seek certain public benefits in the future.

Before they’ve been given the chance to thrive in our prosperous nation, immigrants essentially must demonstrate they’ve already achieved the goals they seek for themselves and their families within their current living situation. This includes those coming from developing countries.

This rule and Oct. 4 proclamation ultimately prioritize the affluent and privileged while ignoring the most vulnerable and marginalized. As followers of Christ, we are taught to stand for everyone, especially those struggling with injustices such as hunger, child poverty, homelessness and lack of health care. The passing of the public charge rule creates a greater sense of fear among those struggling, which has already caused numerous immigrants who qualify for certain public benefits to support their families to withdraw from many programs.

The Church recognizes the family as an essential part of the faithful. Families have the right to their dignity and must be allowed to stay together. All family units should be given the opportunity to succeed and receive the services and support they need to be productive within our society.

Our duty to protect children of asylum seekers

Bishop on immigration: ‘We’ve got the power to change’