Constantly checking, responding to the alerts of a phone could be an addiction 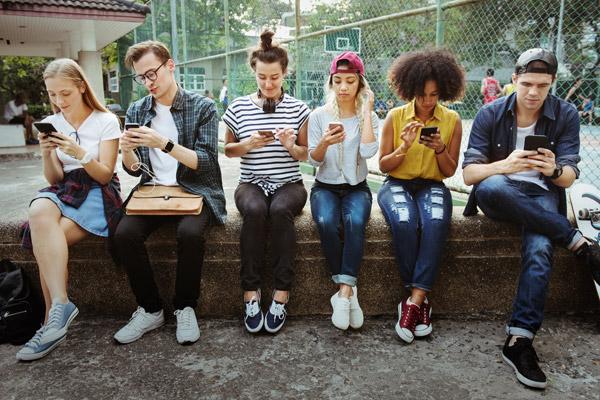 With every text alert, social media scroll and video binge on YouTube, the brain is changing.

Drs. George and Sherry Simon, clinical psychologists and members of Christ the King Church in Little Rock, said social media and Smartphone addiction is one of the most prevalent today.

“There’s this aspect of a reptilian brain, this primitive brain part, it responds to alerts, any kind of orienting alert like the ding on your phone or the text tone that can alert you when something’s coming in. You can’t resist orienting yourself to that. It’s just wired into us, it’s hardwired into us. And you get to doing that and you get real tolerant of it and you can’t stop it,” George Simon said.

The Simons have seen adolescents who are flunking out of high school or college because of social media or video games. According to a 2017 Pew survey, 72 percent of men ages 18 to 29 play video games and 49 percent of women.

Some common warning signs of social media, smartphone or video game addiction include isolative behaviors, being easily distracted or an inability to concentrate and lack of sleep. It can also cause physical effects, including eye strain and hand, wrist pain, including carpal tunnel syndrome.

But it’s not reserved for youth. Sherry Simon said one of the scariest stories she’s heard are nursing home aides staying on their phones or sneaking into rooms to use their phones instead of attending to patients.

Research from ResearchTime, an app created to monitor phone use, revealed in 2019 that people spend an average of three hours and 15 minutes on their phone daily and pick up their phone 58 times daily, as reported by The Guardian in August.

While admitting that she’s fallen victim to spending too much time on her phone, Sherry Simon said it’s a paradox in that the device can allow people to connect like never before.

“I think our brains haven’t maybe developed an ability to handle it. It’s still just interacting with it like a reflex or something … We have all the knowledge in the world at our fingertips, but we can’t put it down,” she said.

To loosen the grip on our smart devices, the Simons recommend replacing it with alternatives, including quality time with family at the dinner table, reading a book, taking a walk or grabbing coffee with a friend without the phone. The key is writing down what you intend to do during certain times of the day without a phone. Sherry Simon said if there’s no substitute or written intention, “you’re going to look at your phone.” Settings within iPhones and Androids allow users to limit screen time on certain apps and see their daily average of activity.

“But we live in a culture where we can get all these momentary pleasures and we can get them right away and very cheaply. So we get hooked, they satisfy, but they leave us empty and that’s exactly what prompts us to do it again. There’s the hook. It feels good for a minute, but right after that high, that’s the really insidious thing,” he said.

Graduates of Catholic High School for Boys in Little Rock