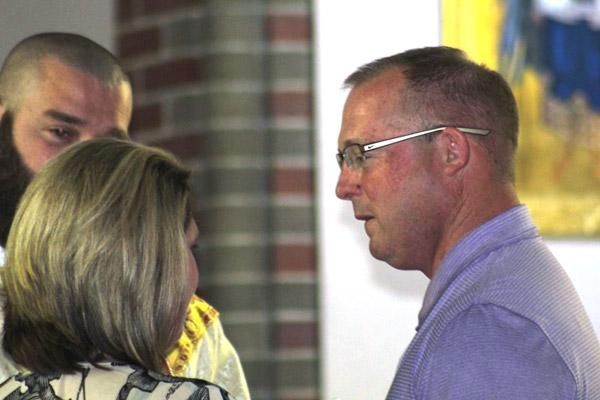 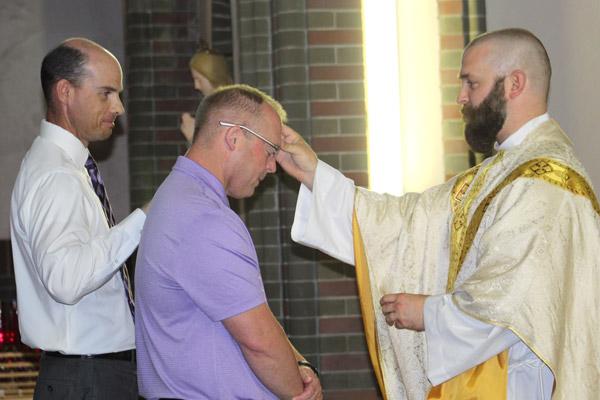 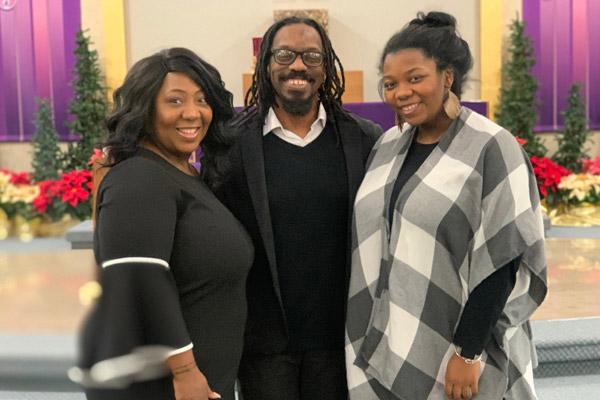 Longer RCIA process intended for the unbaptized, not those with Christian foundation 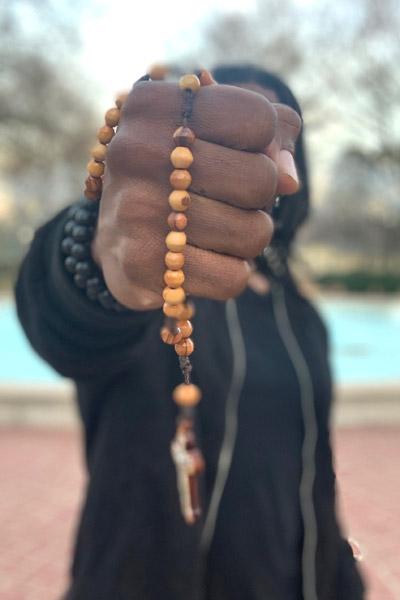 Courtesy Phillip Fletcher
A former nondenominational minister, Phillip Fletcher, the executive director of CoHO, City of Hope Outreach in Conway, was able to enter the Catholic Church through a shorter RCIA process.

Courtesy Phillip Fletcher
A former nondenominational minister, Phillip Fletcher, the executive director of CoHO, City of Hope Outreach in Conway, was able to enter the Catholic Church through a shorter RCIA process.

CONWAY — For 17 years, Bill Lampe attended Masses each weekend with his wife Tina and three children at St. Joseph Church in Conway, even though he was not Catholic. Though he was baptized in the Baptist faith, he was committed to the Catholic Church and even attempted RCIA classes 10 years ago. But as an assistant football coach at Conway High School, assistant basketball coach at Conway Junior High and a PE teacher, sticking with weekly meetings for almost a year was impossible.

“I really thought there’s no way I would ever get confirmed either until I retired,” Lampe said.

But in May 2019, the Lampe’s civil marriage was convalidated and he entered into full Communion with the Church.

For nearly a year, starting with Lampe, St. Joseph Church in Conway has taken a different educational approach to allow people to enter the Church without going through a year’s worth of RCIA (Rite of Christian Initiation for Adults) classes, bringing 15 into the fold.

Associate pastor Father Jeff Hebert said typically, the priests have met with individuals who may fit this criterion for about three months, instead of the typical eight- to 12-month process. The first two months are focused on getting more knowledge of the Catholic tradition and the last month is more spiritual preparation. They are then welcomed into the Church during a weekend Mass.

“It came from this desire to have a more specific and more personalized, really, discipleship,” Father Hebert said.

After reading the Church’s 1988 “Rite of Christian Initiation of Adults,” which reveals the Church’s vision for the process of RCIA, it outlines how the process can be different coming into the Church for those who are baptized and not baptized, known initially as catechumens and later elect. It states catechumens/elect should not be treated the same as baptized Christians becoming Catholic.

“Those baptized persons who have lived as Christians and need only instruction in the Catholic tradition and a degree of probation within the Catholic community should not be asked to undergo a full program parallel to the catechumenate,” the book states, adding that their reception into the Church should take place at the Sunday Eucharist versus Easter Vigil.

The book goes on to state baptized Christians should instead “receive both doctrinal and spiritual preparation, adapted to individual pastoral requirements.” Discernment however should be made with each individual as to the length of formation.

When Father Erik Pohlmeier, diocesan director of faith formation, met with parish leaders at St. Joseph in fall 2018, it allowed the priests and ministry leaders to evaluate the various programs and “to adapt a little bit more to the question of discipleship and missionary spirit,” Father Hebert said.

Continuing education for priests in fall 2019 “kicked it into high gear” for him and pastor Father Tony Robbins as Father Paul Turner of Diocese of Kansas City-St. Joseph spoke about ways to bring people into the Church with a personalized approach.

“We didn’t want people to be blocked from coming into the Church that because of their schedules, they couldn’t meet on a Tuesday night,” Father Hebert said.

Sacred Heart of Mary Church in Barling and Sts. Sabina and Mary Church in Jenny Lind are the only other known parishes to have adopted a shorter RCIA process for baptized Christians. Jeff Hines, RCIA coordinator for both parishes, said the idea for it was spurred around October, after pastor Father Matt Garrison learned about the shorter process during clergy continuing education.

“We decided it fit perfectly with our current candidates, and we also liked the fact that doing that enabled us to bring people into the Church more in a way that was less rigid and less scheduled,” Hines said.

In September, RCIA classes, using Bishop Robert Barron’s “Catholicism” series began meeting and two out of the four RCIA participants who planned on entering the Church this year, Todd Piper and Kathy Mastrone, entered in January.

Bill Lampe, 52, attended RCIA classes for about four months 10 years ago, until his work schedule made it impossible. For six months, while the couple went through the convalidation process, validating marriage in the Catholic Church, he also met individually with Father Hebert.

“The process was great because one, you’re in a one-on-one setting with Father. You tend to be more open just like a student one-on-one with a teacher … so I thought that was a plus,” he said. “People today, their schedules are really busy; some people I feel like may get frustrated if there’s no way they could get confirmed ... It takes nothing away from RCIA, but some people’s schedules don’t match up with that, so I think there has to be other avenues.”

“I’m going to get emotional,” Tina Lampe said through tears, trying to explain what it meant that her husband was now Catholic. “It’s something I wanted for a really long time. It meant that our family was officially a part of the Church and that we could all take part in the Eucharist together.”

A tailored version of RCIA formation is at the discretion of each priest. Father Hebert emphasized no one will enter the Church unprepared.

Phillip Fletcher, 47, a married father of three and executive director of nonprofit City of Hope Outreach in Conway that advocates for the low-income and homeless, came into the Catholic Church Dec. 22. His parents attended an Anglican church, and he got his first taste of Catholicism by attending St. Francis de Sales Catholic School from sixth-eighth grades in California. As an adult, he was a nondenominational minister, forming an outdoor church in Conway that eventually led to CoHO. He was drawn to the Catholic faith in various ways, starting with his work with the St. Joseph Missions Committee.

“Here were men and women I really did not have to convince real hard that this is a good thing to help. I had to really work it hard with my Protestant brothers and sisters,” he said of outreach for CoHO.

Diving into the writings of St. John Paul II for his dissertation for his doctorate in organizational leadership, particularly his 1981 encyclical “Laborem Exercens” (Through Work),  he was led to more research about the Church.

“As I was reading, man I thought, ‘This guy is saying everything I believe and feel and encouraging people to do,” Fletcher said. “... I hit it off with Catholic social teaching.”

He began traditional RCIA in September, then entered the shorter process.

“I was digging deep into some things while some people had the real basic, ‘Tell me who is God? What’s the Trinity?’” he said.

“Being able to move someone who is solid in their faith in that process quicker so they can continue on and experience Christ in Communion … I think this process is awesome,” Fletcher said.