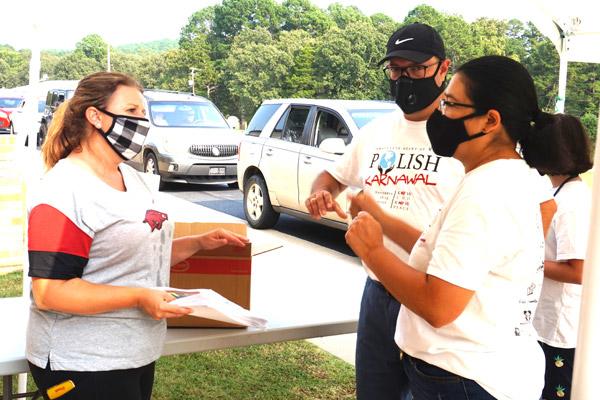 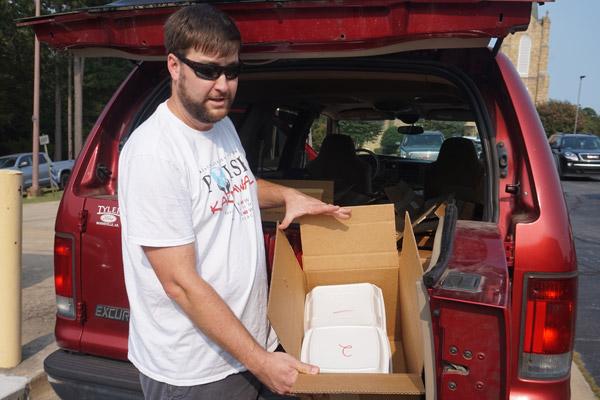 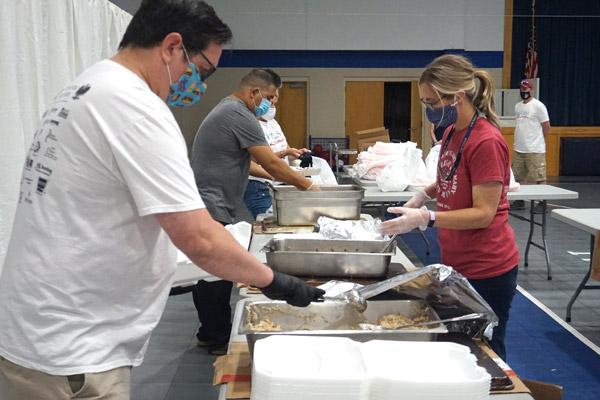 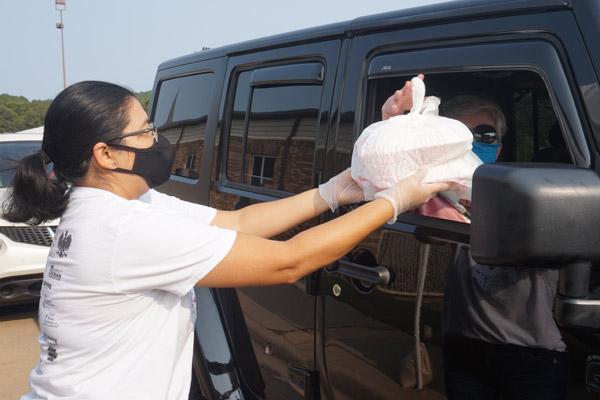 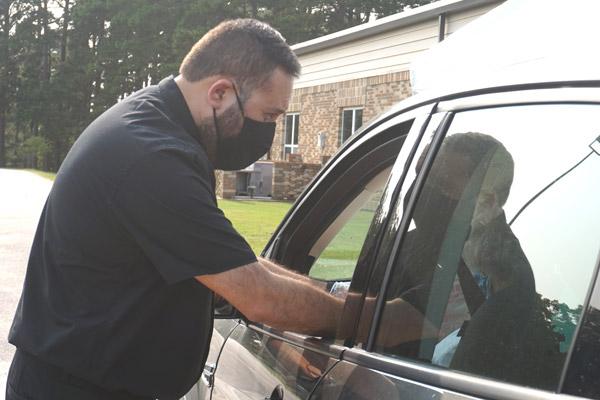 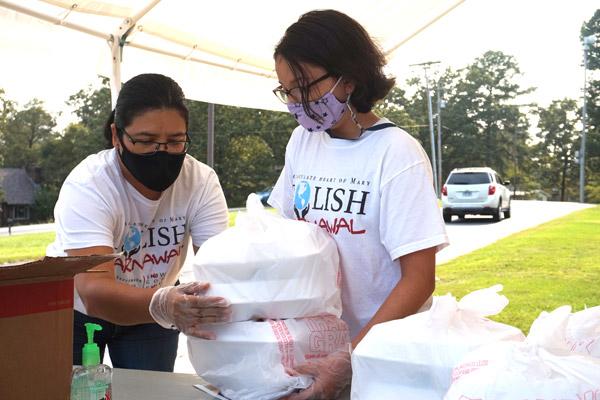 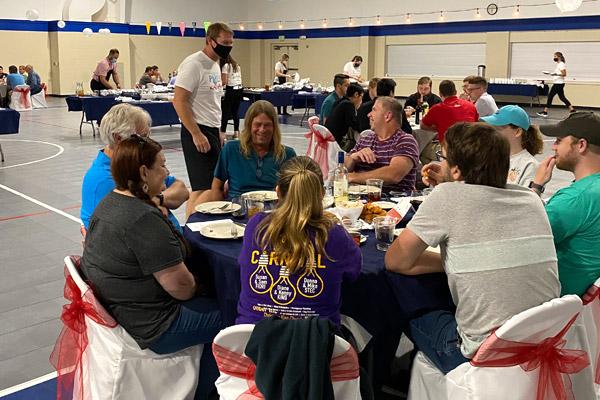 From to-go orders to planning out next year's events, parishes make tough decisions 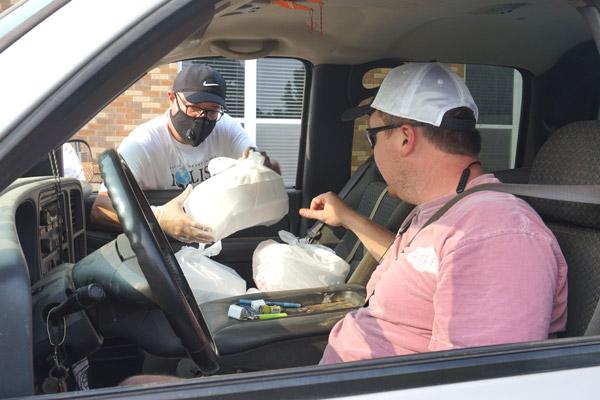 The true start to fall in Arkansas is tricky to detect. With the leaves still bright green and weather in the 80s and 90s, one of the few clues that it’s technically a new season are parish fall festivals. From spaghetti dinners to carnival rides, it’s a chance for the parish and wider communities to share the camaraderie and raise money for churches and schools.

But of course, 2020 is far from the norm because of the COVID-19 pandemic. It has forced parishes to either cancel or restructure their festivals, hoping to recoup some of the lost funds.

For almost 30 years, Immaculate Heart of Mary Church in North Little Rock (Marche) has celebrated its heritage with the Polish Karnawal to raise money for the school. The two-day festival typically includes concessions, midway, entertainment with bands and a raffle, silent auction and traditional sit-down Polish dinner. Principal Dan Smith said it brings in anywhere from $55,000 to $110,000 for the general budget. He typically budgets a certain amount to be gained from the event, with any excess being put into a “rainy day fund,” which will come in handy this year as the event is scaled back.

To-go Polish dinners were picked up Sept. 18 and volunteers also set up to-go stations at St. Joseph Church in Conway, St. Jude Church in Jacksonville and St. Anne Church in North Little Rock. A limited sit-down dinner was held Sept. 19 with social distancing. The raffle will be held in December and the silent auction in the spring, Smith said. This year’s to-go and dine-in meals raised roughly $12,000, not including sponsorships and donations, Smith said.

“People come from out of state and try to plan vacation time around it,” Smith said and because it’s a big financial boost for the small school, they had to do something. “We maintained the legacy of the event.”

St. Theresa Church in Little Rock had the same idea with their annual Autumnfest, which last year raised $37,501 for parish projects. Church secretary Amy Birge said the two-day event includes music, a silent auction, dancing, food, bingo and a raffle. This year on Oct. 3, there will be drive-through meals and live-streaming the raffle drawing.

“We’re going to take a big hit. We’re not going to have our two-day totals,” Birge said, but added the raffle has exceeded expectations.

A few Latino groups in the parish donated a new Polaris four-wheeler for the top prize and $6,000 worth of tickets have been sold so far. They usually raise $10,000 from the raffle.

Birge said scaled back was the only way to do it this year, as many older parishioners are “still not going to church because they’re scared and that’s OK. Father Mark (Wood) has made that clear; they don’t want to put anyone in jeopardy.”

‘Not going to be possible’

While some parishes have been able to figure out ways to keep aspects of their festivals alive, large celebrations have been canceled. For 93 years, the annual Italian Festival at St. Francis of Assisi Church in Little Italy has served homemade spaghetti, made by Italian parishioners with recipes passed down through the generations.

“It would have been the 94th annual” Oct. 3, said chairman and parishioner Wendy Penney, but it was canceled in the spring. “... With all our workers being so elderly, the fact that we’d have to be cooking and serving to people from all over, it just wasn’t feasible for us to do.”

“I’m definitely looking to next year; I'm not ready to throw out the baby with the bathwater. Who could have foreseen last October we would have been dealing with this situation?” Penney said.

For seven years, St. Raphael Church in Springdale has hosted Brewtober Chili Fest, founded by parishioners Karen and Tom Maddock. People enter the chili contest, setting up about 50 crockpots for attendees to sample, and the homebrew beer competition has had about 20 to 30 entries.

“You go and sample and serve yourself,” Karen Maddock said. “With COVID-19, that was not going to be possible.”

“It’s very disappointing,” she added. It raises about $20,000 annually for the parish general budget.

“I think we're just going to focus on next year and see how this pandemic plays out. We’ve kind of thought about different things,” to help raise money this year, but “we have not come up with anything that would really make sense.”

Larger scale festivals, like Christ the King Spring Carnival in Fort Smith that originally was postponed to August for a fall carnival, also had to be scrapped. Katie Kratzberg, who handles the festival’s promotion, said they’ve hosted the carnival for more than 70 years. It brings in more than $70,000 annually for the school with live music, games and silent auction.

“It was a really tough decision, but obviously one that was necessary for the safety of everyone in the community to prevent the spread,” Kratzberg said. “... We were hopeful when we postponed in April to August that we’d have it, even if it was modified. Of course, as it got closer to August, we just realized it wasn’t going to happen. It was heartbreaking.”

The parish’s Apples, Beer and Chili Fest in October was also canceled, which raised a couple thousand generally. But Kratzberg said the school is using the second annual Raise Craze fundraising campaign of kindness to supplement the lost carnival funds in the general school budget. In a week and a half, they’ve raised $35,000.

As one of the largest festivals in Northwest Arkansas, canceling the historic Grape Festival in Tontitown wasn’t easy, but necessary. For more than 120 years, St. Joseph Church has hosted the five-day festival with homemade Italian dinners, carnival rides, games and prizes and music. St. Joseph office manager Paul Scouten said they decided in late spring to cancel the Aug. 4-8 festivities, with the official vote June 23. The only trace of the festival was a virtual Run for the Grapes charity by the parish youth ministry.

“We recognized we couldn’t do the spaghetti dinners in its normal capacity because that hall is completely packed every time we do it, and we have a line through there to the church, it’s a long line every year,” he said, adding all the festivities are “a package deal” when it comes to drawing the crowds of about 10,000 people. The festival brought in $118,047 last year, with $45,000 toward the general budget and the rest in the building fund.

“It definitely put a lot more stress on us for sure. This year we’re really up on the fence on a lot of things because we don’t know how well collections are going to go because attendance is down. Basically we cut out anything we could cut out and froze wages,” Scouten said.

But despite the cancellation and loss, he said some families tried to keep the tradition alive.

“What can we still do that’s festival-related that can kind of still keep the feeling? Just in their families, people had spaghetti at home that week, recognizing that this is Grape Festival week,” Scouten said.