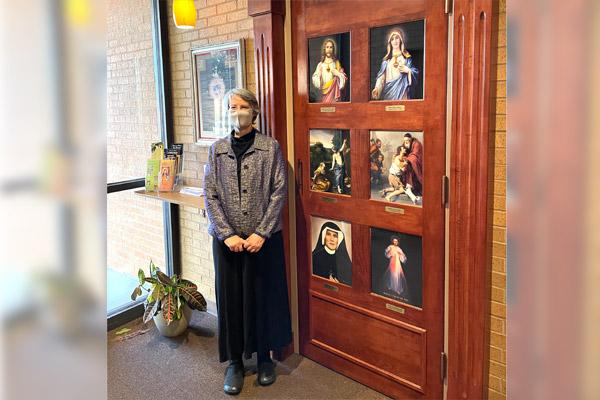 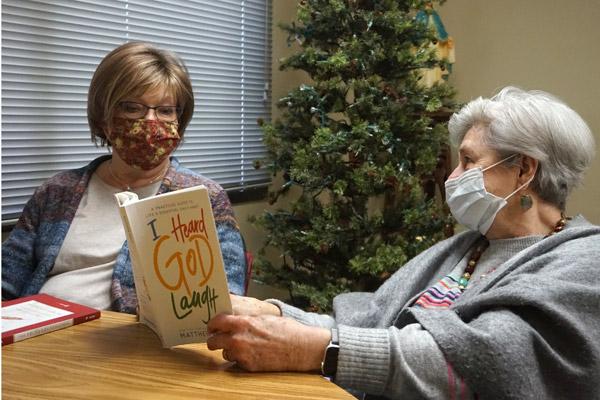 While prayer has many styles, there are also forms of prayer that help guide the faithful into closer conversation with God. Having an adoration hour, praying in a group or having a devotion to a particular saint are all ways of praying in church outside of Mass or of creating a prayer tradition at home.

Eleven parishes have perpetual adoration in Arkansas, offering 24/7 exposition of the Blessed Sacrament, and others offer scheduled times for adorers to come pray. Frankye Jimenez, 25, a parishioner at St. Joseph Church in Conway, has been an adorer on and off even before turning 18. At the end of 2019, he took a dedicated hour -- 10 p.m. on Fridays. Sometimes he’ll take his guitar and worship, if he’s alone, and other times he’ll sit in silence.

“The feeling and knowing that Jesus is present just brings a whole different element to my prayer life,” he said. “It brings a voice, a trueness and realness. I can do prayer in my room; I do the rosary in my room and worship in my room, but when I’m in front of Jesus, it’s different.”

After his confessor gave him an hour of silence in adoration as penance, he said it opened up a new side to his prayer life.

“I didn’t just do it for one hour. So many things were going on in my mind it was hard to sit in silence. It took practice to just sit and let Jesus’ presence just truly surround me,” he said.

For those who want to try adoration and silent prayer this Lent, Jimenez said to take the words “practicing Catholic” literally, understanding it takes time.

“Is my prayer life better than it was yesterday? I can say it is. If we can continually say that over and over every day, we’re getting somewhere,” he said.

About four weeks ago, the Women of Faith group at Christ the King Church in Little Rock began meeting in person again, after being on hold during the thick of the COVID-19 pandemic. Vicki McAllister, wife of Deacon Bo McAllister who leads the group, said the mostly retired women, about 10 on average, meet Wednesday afternoons. They typically read a spiritual book, discussing its chapters.

“We open with prayer. We’re learning more or less to pray better,” she said, finishing up Matthew Kelly’s book, “I Heard God Laugh.”

McAllister said following a book can help keep people focused, but  gathering to strictly pray for a specific cause, like vocations, also provides spiritual fruits in a person’s life.

“I think that’s very important because when two or more are gathered that, right off the bat, puts it a step ahead,” she said.

For those who want to explore group prayer or faith formation, it’s best to come and see.

“If one group doesn’t fit, try another one. We’re not going to turn anyone away,” McAllister said.

While the central life of the Catholic Church is the liturgy, primarily the celebration of the Eucharist, the faithful can also participate in devotions, which are rituals or prayer traditions outside of the liturgy. They can be devotion to saints, Marian devotions, the rosary, the Sacred Heart of Jesus, etc. According to the United States Conference of Catholic Bishops, devotional practices help extend liturgical practices into daily life.

“Popular devotional practices play a crucial role in helping to foster this ceaseless prayer. The faithful have always used a variety of practices as a means of permeating everyday life with prayer to God,” is stated on usccb.org.

For Laura Woford, theology teacher at Mount St. Mary Academy and parishioner at Our Lady of Good Counsel Church in Little Rock, her devotion to the Divine Mercy Chaplet began in 1998. She read St. Faustina’s diary after the saint was canonized by Pope John Paul II in 2000. The roughly 15-minute prayer, given to St. Faustina through apparitions of Jesus, is prayed using a rosary.

“How he gave her the chaplet and how he asked her to use it and how his mercy is so huge and we can’t comprehend it; it takes away any inclination to judge anyone because you learn the depth of his mercy through her diary,” Woford said, who is in discernment to become a disciple of Apostoli Viae, a private association of the faithful.

The Divine Mercy Chaplet is prayed during the “hour of great mercy,” starting at 3 p.m., remembering the Lord’s passion. Woford prays the chaplet daily at this time, sometimes the full hour, and occasionally at 3 a.m. Though she waits until school lets out, her students know when 3 p.m. rolls around, she will look at the Divine Mercy image in her classroom and pray the traditional 3 p.m. Divine Mercy prayer to herself. For those who are called to pray a devotion, she said it’s important to form a habit and set reminders.

“Ask God to help you with your schedule,” she said.

Click for the Lent 2021: How to PRAY without CEASING index

Justice is a gift and a challenge