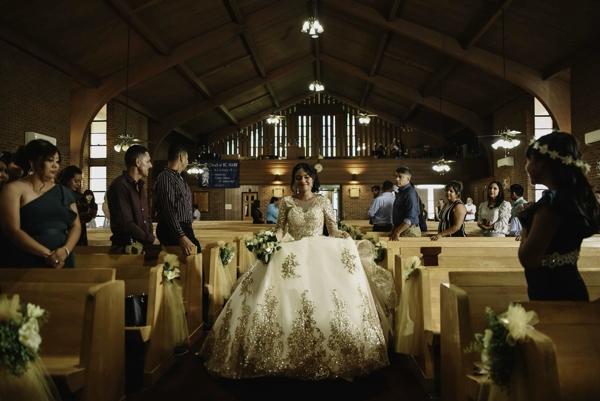 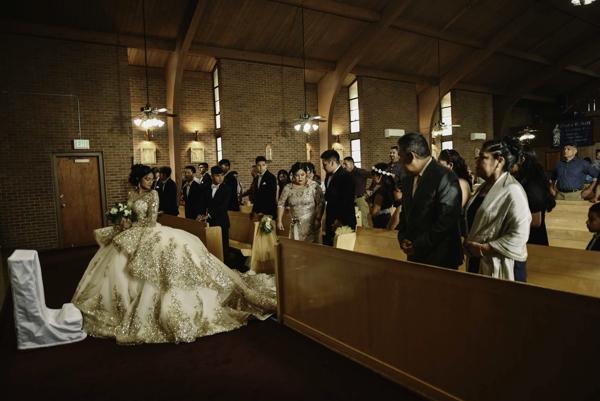 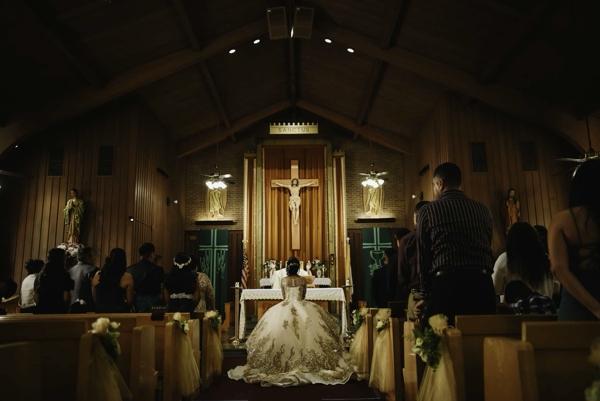 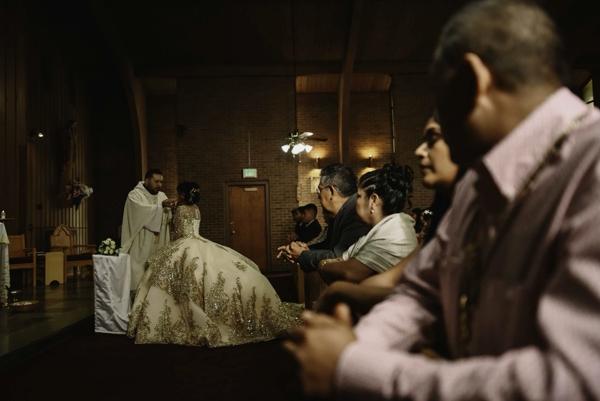 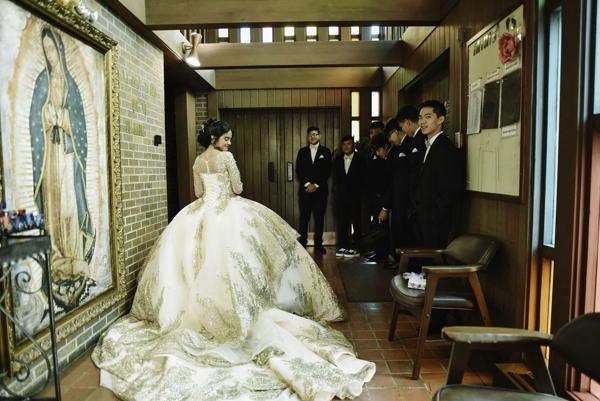 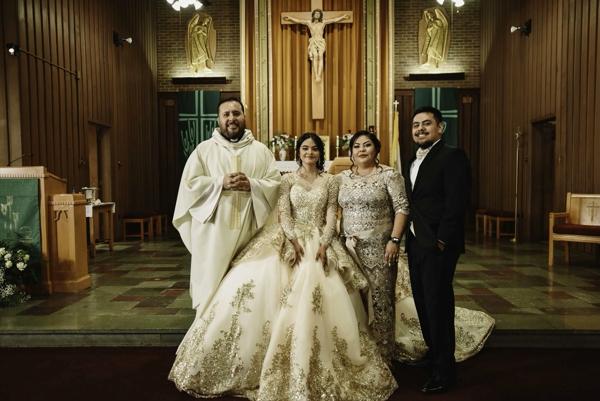 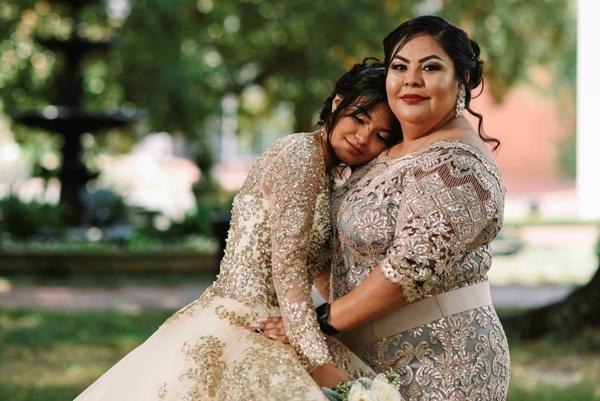 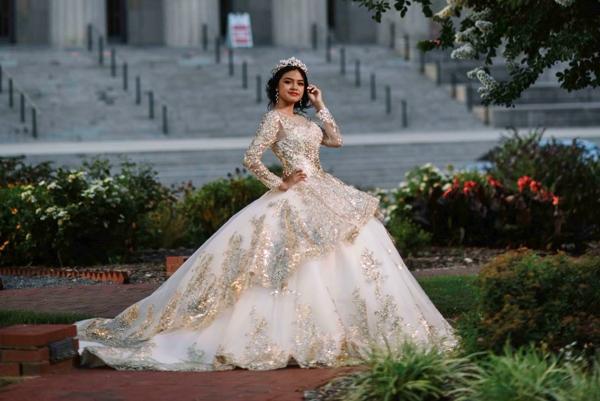 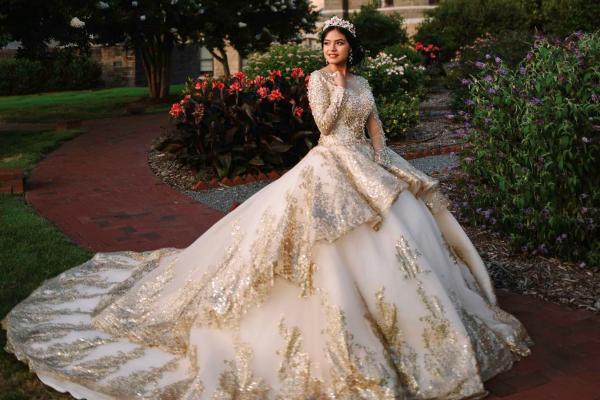 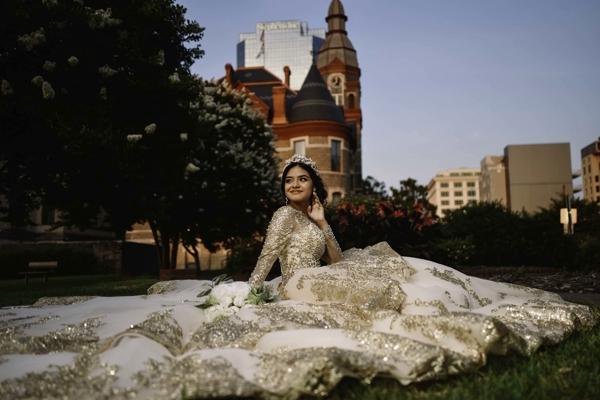 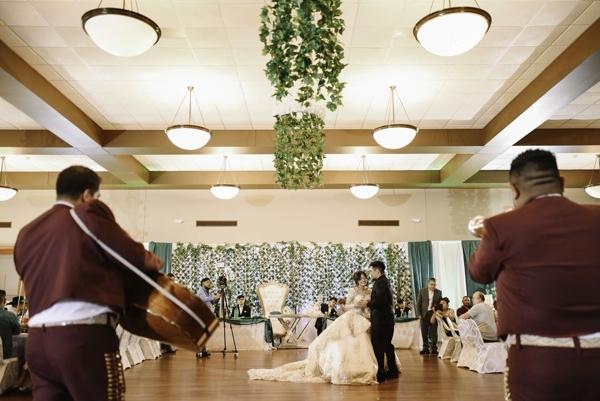 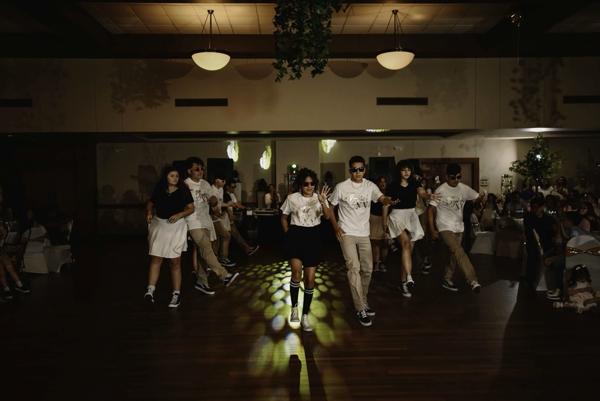 As more Hispanics immigrate to Arkansas, a growing number of parishes hosting events

It took Ivela Garcia more than seven months to plan the biggest day of her life.

In that time, she and her family secured a church, dress, flowers, cake, reception hall and invitations for family and friends.

But she wasn't preparing a wedding. Ivela is just a sophomore at Mount St. Mary Academy in Little Rock. Her event was a quinceañera, a July 10 celebration marking her 15th birthday and entrance into womanhood.

“I have looked forward to having my quinceañera since I was 3 years old,” Garcia said. “It’s a regular Mexican tradition, and religion has always been big in my family.”

“We put things in God’s hands. He sees her growing up and sees she’s an amazing girl. The party is fun, but the celebration with God is what’s really important. We had to have the Mass. We couldn’t have one without the other.”

According to the United States Conference of Catholic Bishops, the Order for the Blessing on the Fifteenth Birthday, a quinceañera (which is 15 years in Spanish) has developed in the United States into an unofficial liturgical rite. It marks the passage from adolescence into young adulthood with a ritual that expresses thanksgiving to God for the gift of life, asking for blessings and guidance from God as she enters adulthood. This celebration may take place within a Mass or a blessing held in the church.

The rite is frequently celebrated in the Americas, including Mexico, Central and South America and the Caribbean. As more Hispanics have immigrated to the United States, a growing number of parishes host quinceañera classes to prepare for the event.

“It’s similar to a debutante’s coming out into society or a sweet 16 party like we have in the U.S.,” said Sister Mickey Espinoza, MCP, director of Hispanic Ministry for the Diocese of Little Rock. “Most Americans who are aware of quinceañeras know about the big party, but it has a significant religious aspect, too.”

Father Salvador Márquez-Muñoz, pastor of St. Mary Church in Siloam Springs, said quinceañeras evolved from pre-Columbian civilizations when Mesoamerican people held coming-of-age rituals when adolescents approached adulthood. Celebrations were held for young men as they became warriors. Females were honored with a celebration marking their transition into womanhood and preparation to become wives and mothers. When Europeans from Spain and Portugal arrived in the New World, beginning in the 1490s, they converted the people to Catholicism and adapted their rituals to bring them into the faith. While rituals for young men have faded away, today, quinceañeras are a time for thanksgiving for the gift of life and the young lady becomes a young adult.

“What was celebrated in the midst of their religious ceremonial centers back then was adapted and celebrated within a Mass of thanksgiving in a church setting,” Father Márquez-Muñoz said. “It was an opportunity to thank God for the gift of life and the gift of faith.”

The USCCB says the purpose of a quinceañera is to focus on the positive contribution of women in society and becoming active participants in the parish and parish ministries.

For the past 200 years, quinceañeras were only for the elite, Father Márquez-Muñoz said. Affluent families raised the event to a formal level, and their celebrations became elaborate and quite costly. Over time, the middle class wanted to have them too, and families of different socio-econoic statuses adapted the event according to their finances.

“For Latino people, the celebration of a quinceañera is a big family event,” he said. “Therefore, they put a lot of effort and savings into it, hoping to provide for the young lady, as well as for family and friends, a feast that will be remembered for many years to come.”

The costs can often rival those of a wedding, Sister Mickey said.

“They’ve turned into big celebrations with the dress, flowers decorating the church, the party after, even the limousine for the young lady’s entourage,” she said. “Often her family and godparents help. It’s become a way for some families to show their social status. They go all out for it.”

While not a sacrament, quinceañeras are significant cultural rituals within the Hispanic community that solidify the girl’s commitment to her faith. Requirements for quinceañeras vary from parish to parish, but in general, it is required that the girl be baptized, receive her first Communion and be confirmed or enrolled in confirmation classes. Before the special Mass, Father Márquez-Muñoz said the girls usually complete preparation classes on morals, ethics and spirituality and a retreat to prepare for the day.

Father Paul Worm, pastor of Our Lady of Fatima in Benton, has been doing Spanish ministry since 1999 when he was assigned to Fayetteville and then Texarkana. He said it would be difficult to estimate how many quinceañeras he’s celebrated in 22 years. Before he agrees to officiate one, he checks to see if the family is active in the Church.

“There has to be a strong Catholic connection in the family. There has to be true Catholicism there,” he said. “You can tell when you’re talking to them how much they value the religious aspect compared to the social aspect and having a party.”

For the past six years, Soledad Olvera has volunteered to lead quinceañera preparation at Our Lady of Fatima Church. She said the length of the preparation period depends on the family.

“If they are active, one meeting,” she said through an interpreter. “If they are new to the parish or they need greater understanding of the Church, we will have more meetings to prepare them.”

In the meetings, they discuss the Catholic faith, and she reminds them to have God first and follow Mary’s example as they go into a new stage of life.

“They need to know who to follow, and the best example is Our Lady,” she said.

On the day of the ceremony, the young lady is escorted by her parents, godparents and 15 friends in a procession into the church. She generally selects the readings for the Liturgy of the Word. After the Liturgy of the Eucharist, she renews her baptismal promises, makes an act of consecration to the Virgin Mary and gifts her a bouquet, gives a toy -- usually a doll -- to a younger female family member or friend to mark her passing from childhood and receives religious gifts that the priest blesses. The priest then gives her a blessing, and she is presented to the community. The event then continues with a party in her honor.

The reception usually includes a meal and dance. Before she takes the floor, her father replaces her flats with heeled shoes -- a sign of womanhood -- sharing the first dance.

“When Anglos ask, I always tell them it’s like a wedding without a groom,” Father Worm said.

For the past six months, Olvera has been helping her daughter, Ximena, plan her quinceañera, to be held Nov. 6.

“As her mom, I would appreciate the blessing for my daughter as she enters a new stage of her life,” she said.

While planning can be stressful, she said it provides an opportunity for the family to be together and share time.

“It’s not only mom and daughter; it’s extended family -- grandparents, godparents, aunts, uncles, cousins, who generally provide financial support to host the event,” she said. “I’ve gotten to better know my daughter’s likes. We’re talking about the things that she is interested in. It’s giving me a better understanding about what she prefers. I’m taking advantage of the chance to speak with her, know her because that doesn’t always happen with teenagers.”

Ivela Garcia, who attended St. Edward and Immaculate Heart of Mary schools, said the preparation for her ceremony -- including four trips to Texas to find the right dress -- strengthened her relationship with her mom, Maria.

“I don’t have a father figure in my life. It’s just her, me and my older brother,” she said. “The previous year was tough for us, but this really brought us together.”

“It was trying at times, emotional,” mother Maria Garcia said. “Teenagers can change their minds 1,000 times a day, but we made all of the decisions together. Going through the experience as a single mother was everything for me. As a Catholic, I’m trying to raise her the best I can. I’m wishing and hoping for the best for her. The quinceañera is a public display of that.

“We put things in God’s hands,” she said. “He sees her growing up and sees she’s an amazing girl. The party is fun, but the celebration with God is what’s really important. We had to have the Mass. We couldn’t have one without the other.”

“I really didn’t know what to expect,” Ivela said. “I really don’t know how to react when all of the attention is on me. I was excited, which I didn’t expect. I expected to be anxious, but it was the total opposite. It was amazing, so much fun and went by so quick.”

While the rite of passage for young men faded from practice, honoring young ladies on their entrance into adulthood remains a major cultural event that is growing more common in the United States and here in Arkansas. The Natural State’s percentage of people in Arkansas who identify as Hispanic or Latino grew from 6.4 percent in 2010 to 8.5 percent during the last decade.

It’s especially noticeable in the pews. Currently, 52 of the 130 churches in Arkansas (40 percent) offer Mass in Spanish.

“The immigration of people brings enrichment for any culture,” Father Márquez-Muñoz said. “When people immigrate, they carry with them their own culture, language, religious beliefs and traditions.”

Olvera agrees. “We don’t want to lose the traditions that we grew up with, so wherever we are, we want to bring it to the families who are there.”

While quinceañeras are popular in the United States, not all girls from immigrant families choose to have a Church service as part of their ceremony, and some girls eschew it altogether.

“My nieces had quinceañeras, but the grandnieces decided they’d rather use the money to take a trip, so they went to Europe,” Sister Mickey said.

Ivela Garcia said her quinceañera allowed her to share her heritage with her non-Hispanic friends.

“My family has a lot of multicultural friends who didn’t know what a quinceañera was,” she said. “They asked a lot of questions and were happy to participate. It wouldn’t have been as special without them. Their appreciation and love meant a lot to me.”