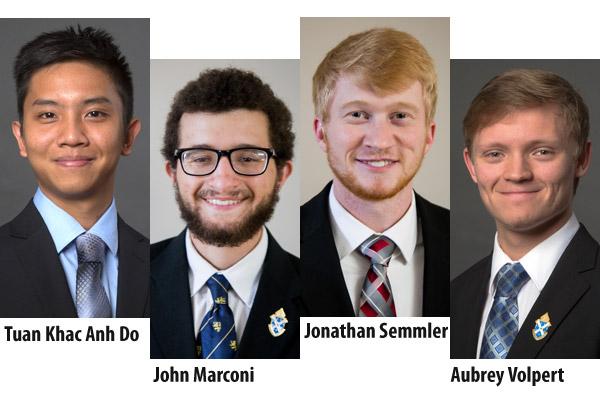 The Diocese of Little Rock accepted four men as seminarians for fall 2017 and is preparing for one of its largest ordinations in its history in May.

The new seminarians are:

• Tuan Khac Anh Do, 21, St. Patrick Church, North Little Rock. Do, son of Thu Khac Do and Suong Thi Nguyen, will live at the House of Formation and study English.

• Jonathan Semmler, 19, Sacred Heart of Jesus Church, Hot Springs Village. Semmler, son of Michael and Susan Semmler, will live at the House of Formation and attend classes through the University of Arkansas at Little Rock.

One seminarian, Deacon Nelson Rubio of Hot Springs Village, is set to be ordained a priest Dec. 16.

The largest ordination in the diocese since 1955 will be held May 26 when eight seminarians will become priests. It will be 63 years ago that the diocese hosted an ordination at the Cathedral of St. Andrew for 12 men, eight for the Diocese of Little Rock and four for Subiaco Abbey. None of those eight priests are still living or serving in the diocese.

The new priests will be:

One man, Cody Eveld, 21, of Sacred Heart Church in Charleston, is currently a “discerner” living at the House of Formation and studying at UALR.

The number of seminarians studying for the diocese dropped this year to 28, down from 34 last year.