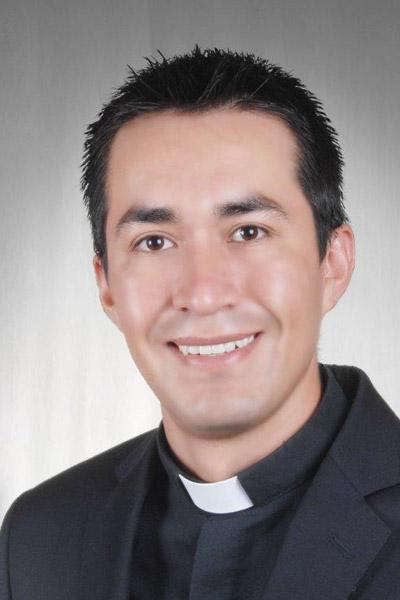 Father Martin Amaro was ordained by Bishop Anthony B. Taylor at Choir Chapel in St. Peter Basilica at the Vatican May 11.

Father Martin Amaro was ordained by Bishop Anthony B. Taylor at Choir Chapel in St. Peter Basilica at the Vatican May 11.

Martin Amaro begins his life as a priest with ordination at St. Peter Basilica

Father Martín Amaro would have every right to be stressed in the nine days leading up to his ordination in Rome. Because of the distance from the Diocese of Little Rock, Father Amaro was tasked with much of the planning, but in speaking with Arkansas Catholic May 2, he was at peace.

“I’m very excited, I’m very happy, I’m very grateful to so many people who helped me get this far; I definitely couldn’t do it on my own … I’m a little nervous but overall very at peace as well. Very, very excited and peaceful.”

Bishop Anthony B. Taylor ordained Father Amaro at Choir Chapel in St. Peter Basilica May 11. He studied the past four years at the Pontifical North American College in Rome.

Originally from Guanajuato, Mexico, Father Amaro, 27, is the oldest of six children to Martín and Graciela Amaro. He moved to the United States with his family at 10 years old and although his relationship with God was strained at the time, a Search retreat during his junior year at high school in Lonoke (Lonoke County) opened his eyes to the realities of the priesthood. Father Amaro began attending Mass more at St. Edward Church in Little Rock and attended a Come and See retreat for those discerning a call to the priesthood. He joined the seminary after graduating in 2010.

Even though his Italian isn’t spot on — “I can get by,” he laughed — Father Amaro has learned valuable spiritual lessons overseas.

“Being here in Rome I’ve learned about the universality of our Church and just how important that is. Because before coming to Rome, I lived a few years in Mexico and the U.S., so I get to see a little bit of that universality of the Church, but nothing compared to here in Rome,” he said. “Seeing the faithful from all over the world and how each of these groups of people, different cultures, have their own ways of praying and just learning from their experience and just seeing how our faith can be expressed in so many different ways. For me that’s been very important. I’m seeing really how the Gospel does get to a big part of the world.”

Father Amaro was able to attend Mass celebrated by Pope Francis about every three months and three years ago, he met the pope while serving at an ordination Mass for a bishop.

Father Amaro’s first assignment will be as associate pastor of Immaculate Conception Church in Fort Smith and chaplain of Trinity Junior High School.

“We know that in our diocese most parishes have a Spanish-speaking community. … The fact that I’m a native Spanish speaker, that helps me quickly relate to Spanish speakers,” and because he moved to the United States as a child, “I feel like I’m really familiar with both cultures. That’s certainly a strength that will help me out in my future ministry there.”

He said he’s not drawn to any particular ministry, but is “open to whatever comes in the future.”

Martin Amaro begins his life as a priest with ordination at St. Peter Basilica